The Intelligence, Coconut Coolouts and Idle Times at the Sunset | 26 December 2008 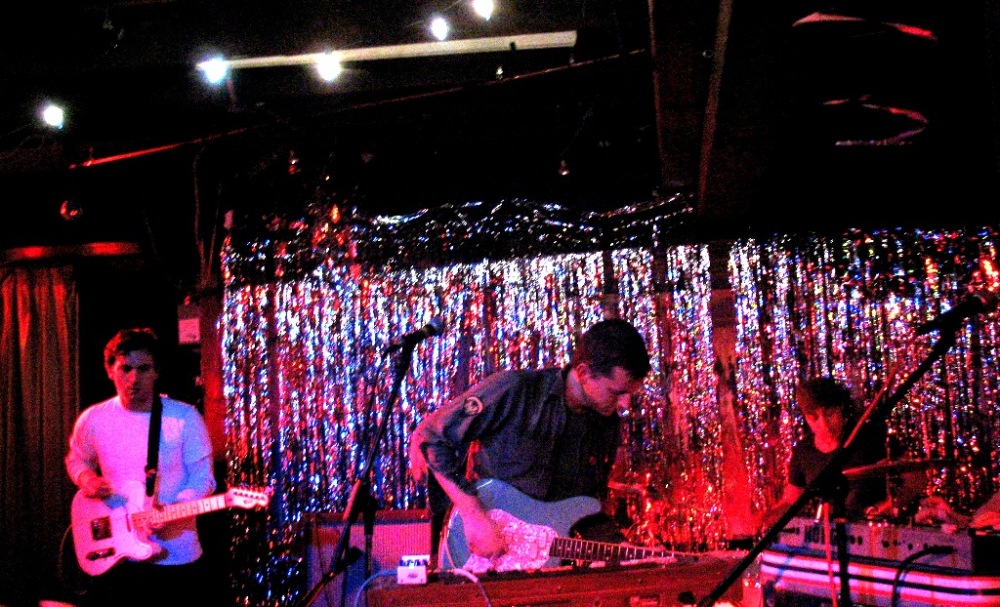 The last few weeks the emerald city has been crippled by constant snow. City leaders have considered rechristening Seattle the albino city.  Not only has it been a battle to get to work, but a whole bunch of shows have been canceled because of the white stuff as well.  Finally it has started to melt away, like the novelty it was met with.  So the Sunset was packed last night with people dying for a gig since so many had been canceled in the past week.  People were also there because of the killer bill being headlined by Seattle noiseniks the Intelligence.  Right now, the one record I’m looking forward to the most in 2009  is the new Intelligence album.  After 2006’s quite amazing Deuteronomy, this year’s split 12″ with Thee Oh Sees and their two recent seven inch singles on Platic Idol and April 77 the Intelligence are on a roll.

To say that the Intelligence are big Fall fans might be an understatement.  Head Intelligence guy Lars Finberg was previously in the A-Frames who initially called themselves Bend Sinister.  The A-Frames  started their own  label called Dragnet to put out records, and then there’s the fact that the Intelligence have opened for the Fall.  They may be influenced by the Fall, but they take things in their own unique direction.  The band’s angular sound incorporates early Cabaret Voltaire, Echo and the Bunnymen and Public Image Limited, but shapes these influences into to something that sounds foreign and fresh. They started their set with four or five brand new songs that will likely be showing up on the new record due sometime in the spring.  Every single one of the new songs was a warped masterpiece, and only made me more impatient for that new record.  They also hit heavily on Deuteronomy including their cover of Thee Oh Sees‘ Block of Ice.  At one point, before diving into a Urinals cover Lars incorrectly said that the best songs in their set were all covers.  I couldn’t disagree more, the Intelligence are one of the best bands in Seattle right now!

mp3: Magnetic Fields – Fido, Your Leash Is Too Long (from 69 Love Songs)

Both the Coconut Coolouts and Idle Times hail from Seattle garages also.  The Coconut Coolouts not only sported two drummers, but they also both were stand-up drummers.  They had me at two drummers but two standup drummers?  It was almost impossible to not like them.  The Coconut Coolouts remind me of the Nuggets box set, where there are so many great bands with seminal songs on those cd’s that I had never heard, it’s hard to believe that the bands weren’t bigger than their regional popularity .   The Coconut Coolouts will likely be on on a Nuggets comp sometime in the year 2040 and people will be wondering why they had never heard of these guys with classics like Spinaround, Coconut Weekend, Party Jail and Stickup.   Apparently they sometimes dress in banana costumes for gigs, no bananas were on stage but they were throwing out lifesavers saying they were acid.  No-one believed them and earnestly responded to the band’s suggestion of pelting the lifesavers back at the band.  Even without the banana costumes their set was a blast.  They also  do a mean Skankin Pickles cover.
mp3: Coconut Coolouts – (Please Don’t Break Me Out Of) Party Jail (from Party Time Machine) 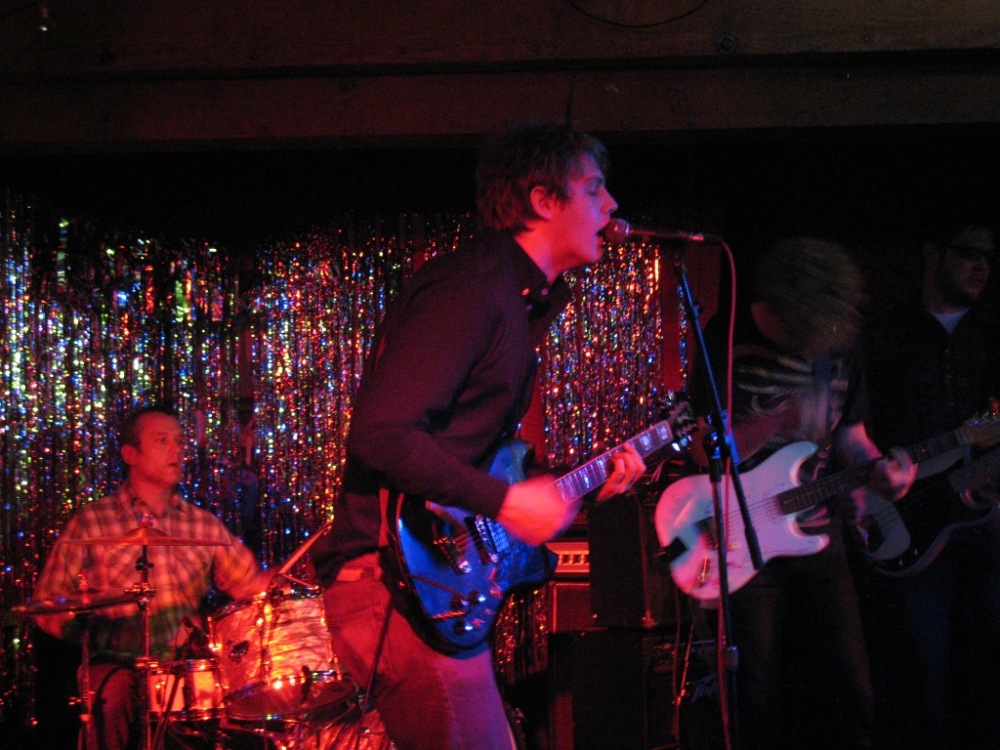 Idle Times, are pretty new having just put out their first seven inch on Woodsist and have another one due on HoZac early next year.  Idle Times are the remnants of the short-lived Tall Birds who put out a couple singles before calling it a day.  Their blissed out set was full of hooks obscured by sludgy noise.  I was impressed enough to pick up the band’s Woodsist single, hot off the press.  Let’s hope Idle Times last a bit longer than Tall Birds.

Here are the remaining West Coast dates for the Intelligence tour: