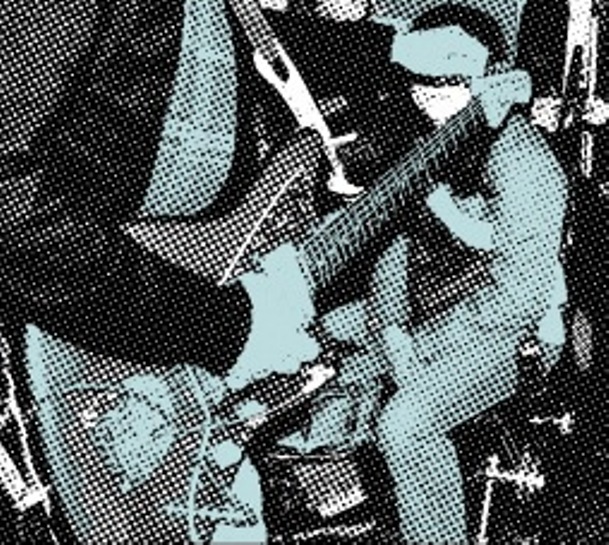 I love surprises, because inevitably what you are expecting to be great never really is.  You’re either let down because your expectations are too high, or the thing that you’re expecting to be amazing  just isn’t.   So in order to not have any crushed expectations, I sit around waiting for the next surprise, whatever it may be.  Thank god for the Spires and their new album A Way of Seeing, because it’s been a long while since I’ve been this surprised by an album.  The funny thing is, the Spires aren’t even a new band.  They’ve got a bunch of eps and one other album prior to the epiphany of A Way of Seeing.

Apparently the have been toiling away in Ventura, California making records infused with Velvet Underground riffs, rays of sun, and autumnal melancholia for quite some time.  A Way of Seeing came out at the beginning of summer, but osmosis being a slow process, I’ve just been turned on to it now for about a week. One of the striking things about the record is the way the Spires utilize space, or maybe it’s that the record sounds so clean. Whatever the case it’s sound is diametrically opposed to the trendy lo-fi movement du jour.   You can hear every perfectly placed instrument underneath singer Jason Bays his icy cool, slightly Brit affected vocals.  At times they sound like the Chills on TAM and The Afterlife.  Both have that bouncy, yet moody lullaby quality that was so prevalent in Chills songs.  They also get their Straightjacket Fits on with Lowercase and Famous Last Words which have a bit more of a bite to them.  But it’s not all Fling Nun influences, Everything And Nothing At Once recalls Pavement when they stretched out on Range Life and Gold Soundz. The influences really jump out at you, but they’re never blatantly obvious, and each time I listen I seem to come up with a bunch of other bands I hear. The Spires seem to have this uncanny ability to meld the sounds of my favorite bands into a something that they can proudly call their own.

I hear the band are working on a follow-up record to be released sometime later this year.  I’ll try to not look forward to it and forget that it’s coming out, so I can be surprised all over again.

mp3: The Spires – The Afterlife (from A Way of Seeing, buy it from Beehouse Records)

Here’s the video for TAM: