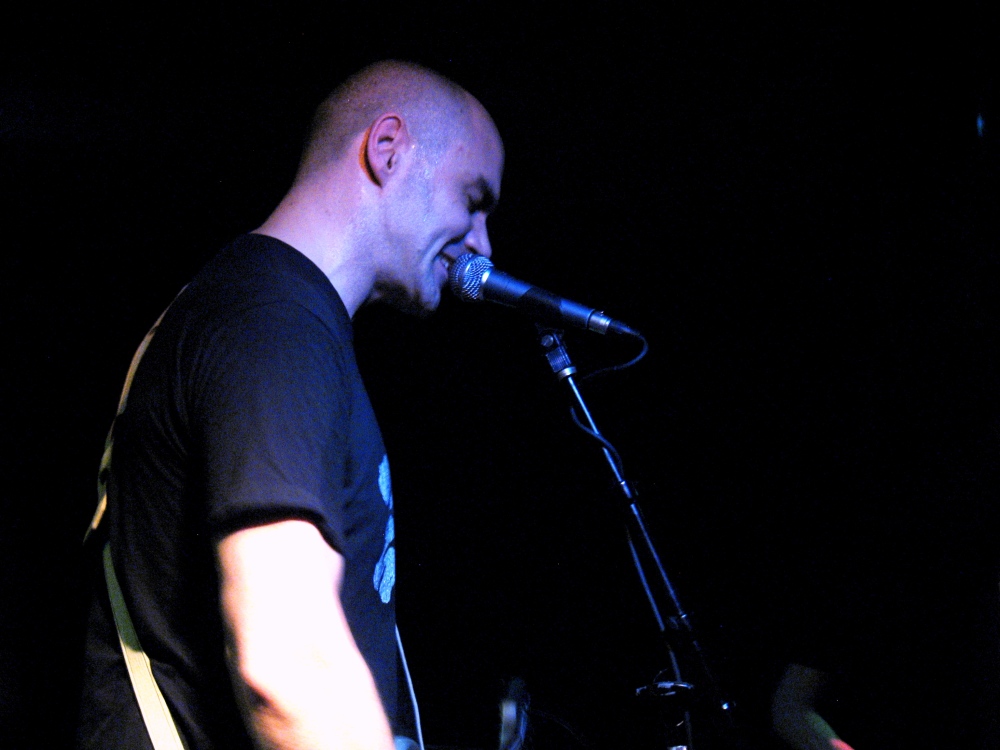 The A Frames came out of their self-imposed hiatus, hibernation, AFCGT detour, or whatever you want to call it, and have regrouped sort of.  Singer and guitarist Erin Sullivan, and bassist Min Yee are back but original drummer Lars Finberg is missing (actually he’s kind of busy with the Intelligence).  Tommy Northcut replaced Finberg when he left the band to concentrate on the Intelligence after Black Forest, the third A Frames album.  Northcut has been the drummer since, fits the A Frames genotype and is so good that you don’t really miss Finberg.  On record, A Frames can come across heavy, dense, doom laden, and a bit sterile at times. Live, the blood pulses through the veins in Sullivan’s forehead as he grits the words through his teeth.  He’s an imposing figure on stage, with his robot gray Rickenbacker and bleak subject matter, but the Funhouse was filled with too many friends this night for anyone to walk away thinking that the A Frames are all gloom and doom.

The band bantered back and forth with the audience, throwing out dedications, graciously accepting drinks and generally appearing to have a blast.  The barren and bleak gave way to a more human and organic sound.  Sullivan’s vocals were warmer sounding and Yee’s bass at times sounded like a Mack truck while at others as nimble as deer. Songs like Hostage Crisis, Nuclear, and Test Tube Baby showed their punk roots, slow burners like Abstract and Surveillance showed more of a looser side to the band and Calculate was just downright poppy.  At times you could hear dub like sounds or surf guitar riffs that the band were careful to obscure in the darkness of their laboratory.  I never had the opportunity to see A Frames in their heyday, I blame it on circumstance and ignorance, but after Friday’s gig at the Funhouse, my regrets of missing them the first time around were allayed by the tight white-hot set  the played.  The place was packed, and Seattle, or at least this subset of Seattle was glad to have them back.

Old (and I do mean old) Australian punks X were the headliners this night, but their set seemed uninspired.  Admittedly I was never really a fan, but they didn’t do much to change my mind.  They looked and sounded their age.  The bassist played with his skull shirt wide open displaying his sixty-year old flab while guzzling beer from girls in the audience.  Antics like that probably go over great on the Vans tours where 20 year old bands play to 20 year old punters, but this kind of display wasn’t going to win over a sober jaded old guy like myself.

mp3: A Frames – Surveillance (from the first A Frames album) 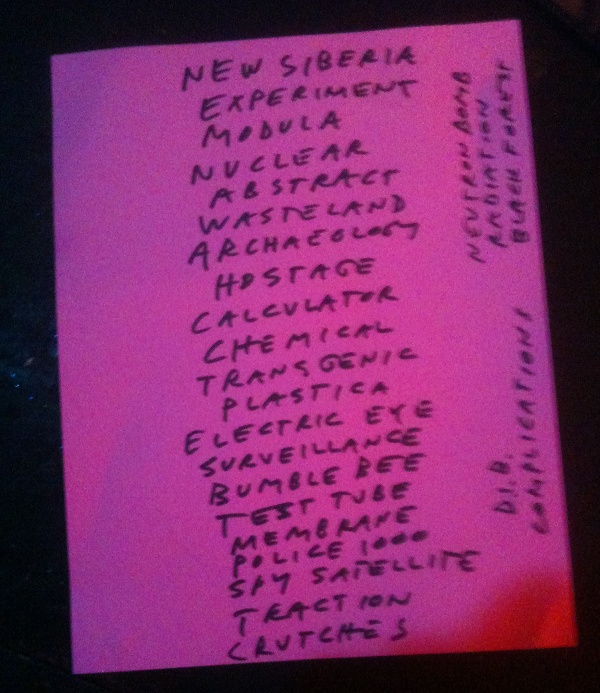 A couple videos I shot:

The triple album 333 will be out soon on S-S Records, or go to one of these west coast tour dates to procure your copy:

with X (Australia) except where noted*