The Pale Saints first album Comforts of Madness still gets played in my house.  Their second record In Ribbons does too, but not as much.  I don’t really count their third album Slow Buildings because it was made after Ian Masters had left the band and pales in comparison to their first two.  Two recent singles that arrived in the mailbag this week kind of remind me directly or indirectly of Pale Saints.  Neither one has a singer that can hit the crazy heights that Ian Masters regularly scraped in his heyday, but both captured a certain magic that the Pale Saints certainly grasped for a few fleeting moments in their day.

Weed Hounds from New York sound like In Ribbons era Pale Saints, Singer Laura Catalano kind of reminds me of when Meriel Barham joined and began singing (remember their version of Mazzy Star’s Blue Flower?).  Their scruffy sounds jangles in places and then soars evoking the lower-fi Comforts of Madness Saints.  If you like this song the band have a demo and another single up for download.

mp3: Weed Houds – Skating Away From the Cops (from the Beach Bummed single on Iron Pier) 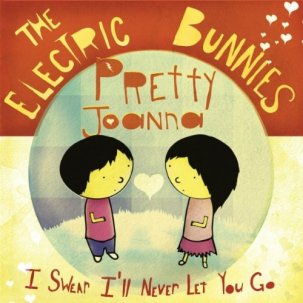 Florida’s Electric Bunnies throw down a dirty, slithering single via Sacred Bones.  Comparing it to the Pale Saints is probably a stretch, yet there’s something. It’s probably the B-side I Swear I’ll Never Let You Go with its odd time signature that evokes the weirder parts of Comforts of Madness,  like A Deep Sleep for Steven or the amazing Fell From the Sun. The Electric Bunnies debut album from last year was scatter-shot with some amazing moments and then some that made you raise your eyebrow and wonder what they were taking. It was never dull, intermittently jarring and sometimes brilliant. Their new single doesn’t really stray from that mindset, though it could be accused of being a little more straightforward. The a-side will probably get comparisons to the Jesus & Mary Chain, but there’s something a bit more peculiar and unpredictable about the Bunnies that keep you guessing.

And a few from the Pale Saints

mp3: Pale Saints – She Rides the Waves (from Barging Into the Presence of God/Mrs. Dolphin)

mp3: Pale Saints – You Tear the World In Two (from Comforts of Madness)

mp3: Pale Saints – The Sight of You (from Comforts of Madness)