With the 90’s revival in full swing, don’t you think you owe it to yourself to do a little research to find out what all the rose colored nostalgia is about. We here at the Finest Kiss are here to help. Stop number one on the 90’s history tour is Washington, DC’s Edsel who have just digitally reissued two of thier albums from that era: The Everlasting Belt Company and Detriot Folly. 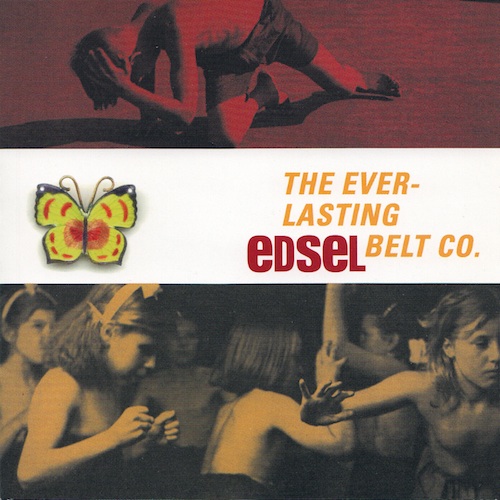 Edsel mined the more atmospheric side of post punk. Early on, their records sounded good, but the they didn’t really stay with you, but as their career progressed the songs got better and the band developed a distinct sound that would worm it’s way into my long-term memory. The transition seemed to happen between their second album The Everlasting Belt Company and the third one Detroit Folly. Everlasting Belt Company took the heavier elements of the shoegaze movement, some DC hardcore and some old fashioned Krautrock to form a dense album that had its moments, but it didn’t really leave a lasting impression. It felt self-conscious as if they were still trying emulate their influences and overwhelm you with sound.

By the time Detroit Folly arrived. It was obvious that Edsel had made some great strides with their sound. Their influences had been distilled into something new, and unique. The first thing you notice is their sense of restraint and use of space. They’re not in a rush to bowl you over, instead they sneak up on you. Songs slithered like snakes into your sleeping bag. The twin guitar and vocal front of Sohrab Habibian and Steve Raskin was at the forefront and much more intricate than on Belt Company. They seemed to finish each other’s sentences and their guitars intertwined into this kind of restrained, dissengagement that created a unique intensity. There was a new sexuality in their sound too, like they figured out how to incorporate T Rex, Rolling Stones and Gang of Four into one record. Detroit Folly was the record that cemented Edsel in my mind permanently. It’s a record that many history tours don’t stop at, but off the beaten path tours are the best ones.

Both the Everlasting Belt Company and Detroit Folly have just been remastered and digitally reissued by Comedy Minus One.