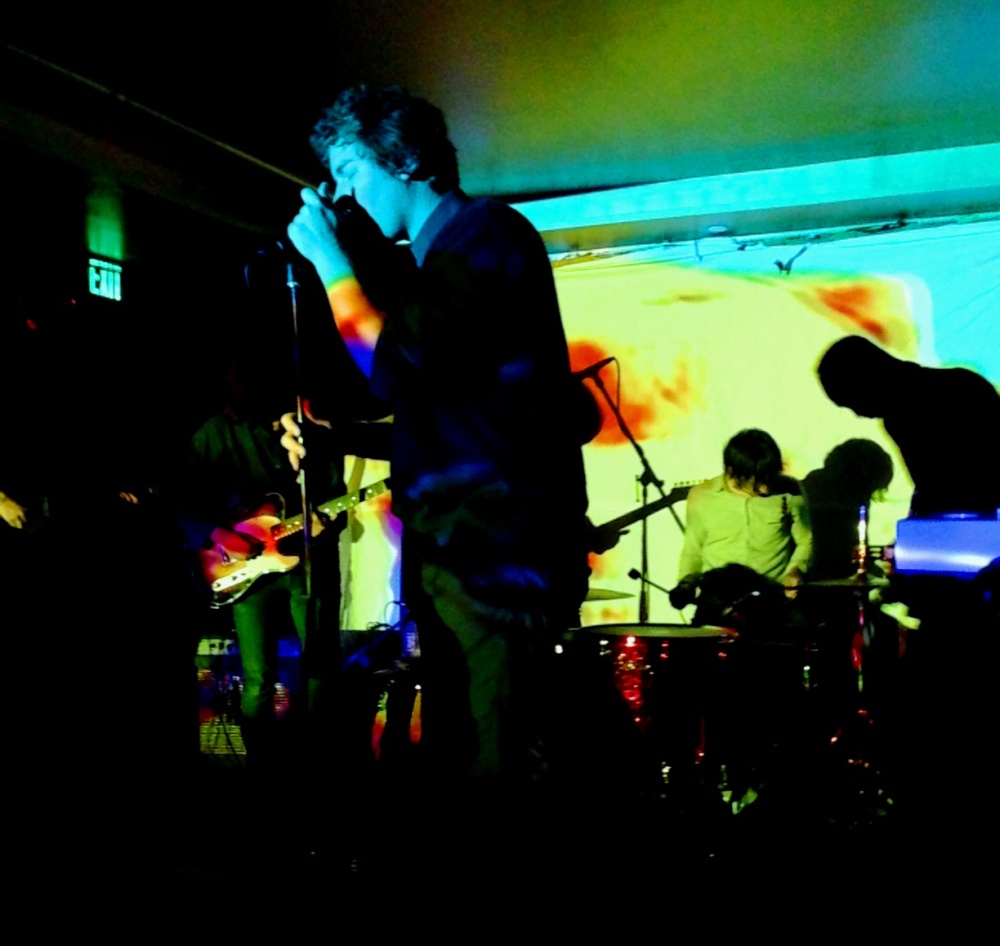 Crystal Stilts played to a dark room with blurry images projected onto a white sheet at the back of the stage last Tuesday night at Barboza. They seem like a band of recluses and would probably prefer to perform in complete darkness. Front man Brad Hargett still seems a bit awkward as the center of attention and guitarist JB Townsend still likes to lurk in the shadows, but there was just enough darkness and just enough light in their performance to make it great one.

They lunged into their set with Spirit in Front of Me the first song on their new album Nature Noir. It owes more than a little to Velvet Undergrounds‘s I’ll Be Your Mirror and All Tomorrow’s Parties. In fact, Crystal Stilts sound one Nico short of becoming the VU. I doubt Hargett would take it as a compliment, but his monotone is closer than I thought to Nico’s , so maybe all they need is banana.

The new album doesn’t have any obvious singles, but it is their most accomplished and varied record yet. It sees them deftly using strings on a few songs making it reminiscent of the Bunnymen‘s Ocean Rain in parts which is new for them. Of course they didn’t have a string section this night being so far away from home, but they didn’t really need one. The band were in a zone. With the lights off and the focus on the music, the band were shadows on the stage and they liked it that way. The set mixed favorites like Crippled Croon, Sycamore Tree, and Love is Wave in with the new slower more confident sounding songs like Star Crawl, Future Folklore and Worlds Gone Weird. This night was by far the best I have ever seen the Stilts play.

The band still come off as tenuously comfortable on stage, but this time the awkward tension was softened by the dark and intimate confines of the venue. Some bands wither with age the Crystal Stilts continue to lurch into new dark psych corners and scramble new cloudy nebulous heights both on record and in person.