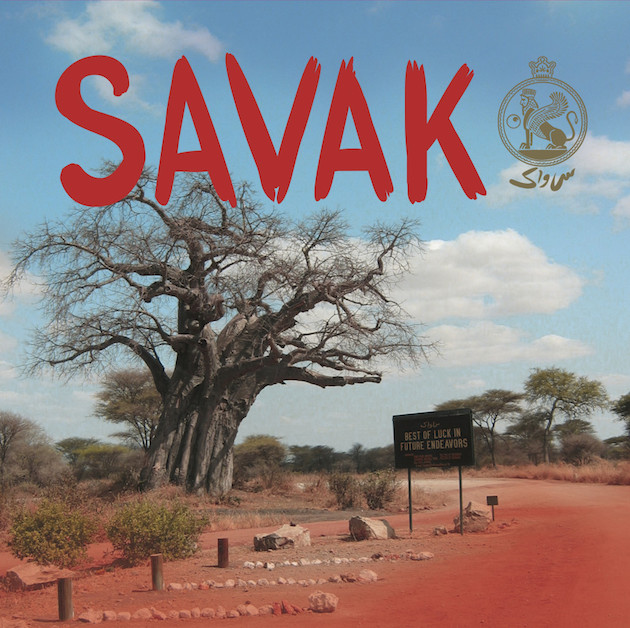 Taking after Gang of Four, Joy Division, Dead Kennedys and more recently Viet Cong, Savak stir up the pot right from the get go by naming themselves for the Iranian secret police under the Shah of Iran. They probably won’t be invited to play at Oberlin College in Ohio, but I doubt they care. Featuring members of Obits, Nation of Ulysses, the Cops, Holy Fuck, Edsel, et al, these punk rock veterans know what they’re doing and will not be dissuaded or deterred.

Former Obits guitarist and Edsel front guy Sohrab Habibion and former Cops front guy, Mt Fuji records proprietor and Seattleite Michael Jaworski share vocal duties throughout. Their styles mesh well and lend themselves well to the earnest and tempestuous songs. You can hear the old DC punk influence of the Dischord sect mixed in with some good old fashioned That Petrol Emotion acerbic energy on Alive In Shadows, Drop the Pieces, Call It a Night and Early Western Traders. Traders also features some great skronky saxophone that makes it an easy highlight of the record. Elsewhere you can hear some REM influence on Reaction and Burned by a Fever which should keep listeners with fainter hearts engaged.  Best of Luck In Future Endeavors is a solid record with something on it for old punks, new punks and punks in training.

You can stream and buy the download at Savak’s bandcamp page, or buy the vinyl and CD version from the record label Comedy Minus One.