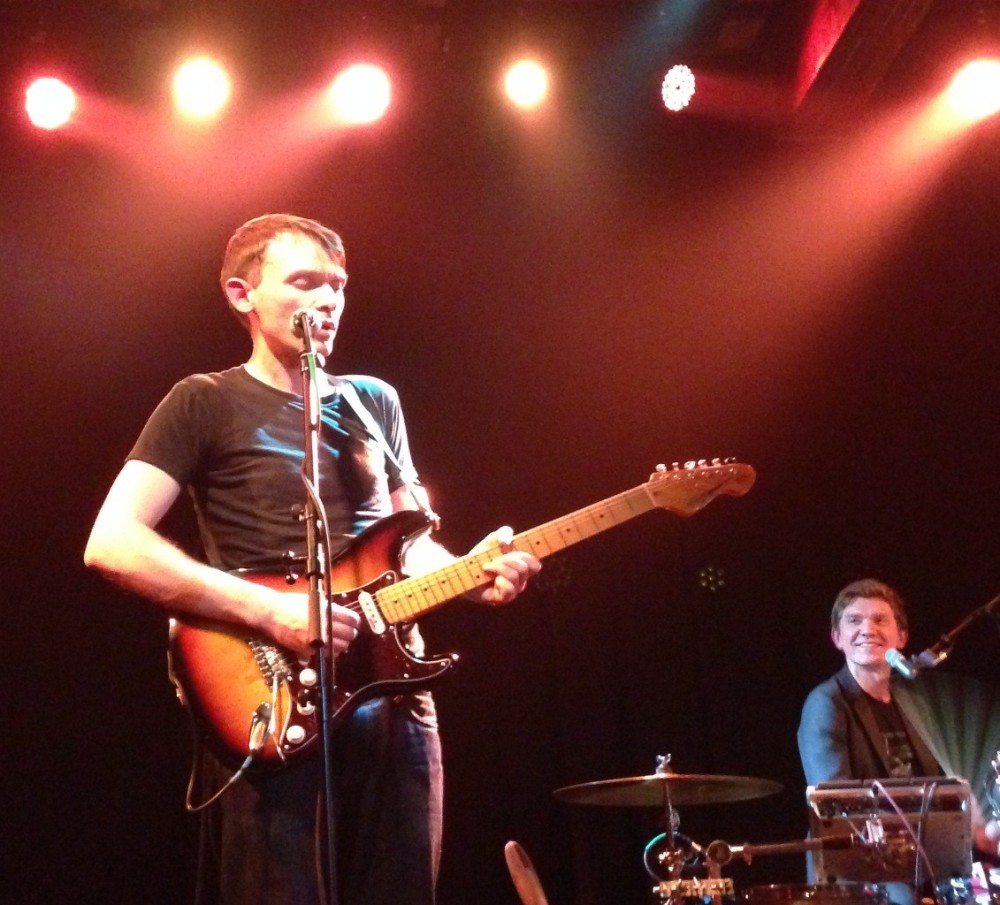 After six albums Sunderland, England’s Field Music finally made their Seattle debut Tuesday night at the Crocodile (though David Brewis played the Nectar Lounge back in 2008 with his School of Language). The band are often compared to XTC and Steely Dan, and could be accused of being a musician’s band. Meaning that you need to be a musician to appreciate them, and to be honest as I looked around the room that night it looked like I might be a minor and younger music nerd compared with many in the crowd. So this show was a long time coming for many Field Music fans, but well worth the wait

The Brewis brothers are supporting their latest and possibly best album yet Commontime which contains a new lightness of being that gives a new dimension to the band. They sound like they’re having more fun and of course there’s the added funk element. How much funk you ask, well Prince is a fan and the brothers have admitted to looking to both Beyoncé and Hall and Oats for inspiration. That was evident right from the start as the band blasted into the Noisy Days Are Over with its looping base. It was obvious that Field Music were here to have fun. It featured Peter on guitar and vocals and his brother David on drums. They would take turns on guitar and drums throughout the night. I kept changing my mind about which was the better drummer and which the better guitarist. Both of them seemed to in a jovial mood  with lots of banter between songs and encouraging of hecklers. At one point they were invited to karaoke after the show, but declined saying they only did Michael Jackson BAD at karaoke.

Other highlights in the set included Disappointed and It’s a Good Thing from Commontime, Let’s Write a Book from Measure, If Only The Moon Were Up from their debut, and A House Is Not a Home from Tones of Town. It was a perfect combination of old and new in front of a truly appreciative audience. One of the best shows of the year to accompany one of its best albums.

The Quietus has an insightful interview with the Brewis brothers.

The setlist from the show:

The Noisy Days Are Over
I’m Glad
Disappointed
Let’s Write A Book
Don’t You Want To Know What’s Wrong?
A House Is Not A Home
It’s A Good Thing
Who’ll Pay the Bills?
Them That Do Nothing
Effortlessly
If Only The Moon Were Up
How Many More Times?
Just Like Everyone Else
Stay Awake
(I Keep Thinking About) A New Thing
—–
Give It Lose It Take It 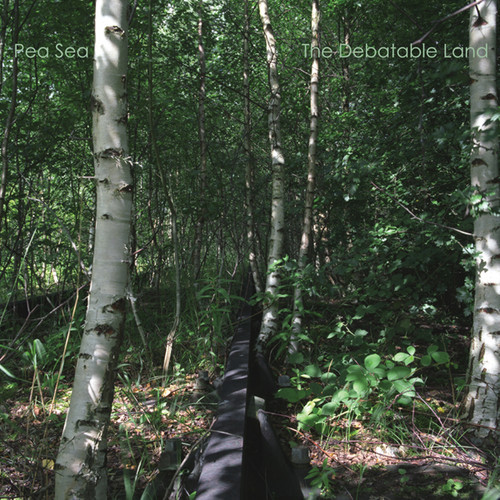 Chris Rollen of Les Cox Sportifs infamy goes by Pea Sea when he hangs out with the Brewis Brothers. He has apparently been hanging out with them quite a bit because there is a Pea Sea album called The Debatable Land that Rollen recorded with Field Music as his backing band.

It features a couple of Les Cox stand-out  songs Dead Beat Formula and Mixing Up the Cordite re-recorded by Pea Sea. It’s nice to hear different less bombastic versions of those songs, but the new songs are really the meat in this pea soup. Rollen was influenced by Silver Jews and Smog. Unlike David Berman and Bill Callahan Rollen’s voice is not a baritone or a monotone, but he can write a lyric that will stop you in your tracks. I still am partial to “I’m gonna turn to jazz and turn into my dad” from Dead Beat Formula, but he gives Berman a run for his money in Pinocchio Nose a story song about the dangers of smoking (The dangers aren’t what you think). He also can do pretty quite well. Come Over is a beauty with it’s acoustic guitar and sad string arrangement.

You can hear the Field Music influence in the songs as well. The sparse clean sound that you are familiar with if you are a fan of Field Music, The Week that Was and School of Language is present and makes the album an aural delight. The Debatable Land  is a  solid record that tempers the eccentricities of Les Cox Sportifs and adds a little (but not too much) folksiness both of which contribute to its long-lasting likability.

stream: Pea Sea – Inconceivable (from The Debatable Land out now on Sea Records)

Not to worry Les Cox Sportifs are still going, they’ve just released a new  EP  that was also recorded by David Brewis. The Bath Bomb EP is available from their bandcamp page. 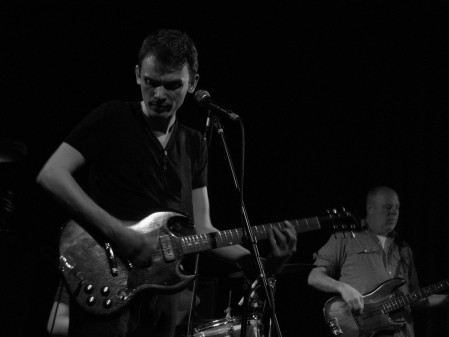 So I’m in line at the bar to get a beer just before School of Language is ready to hit the stage. The guy in front of me orders an IPA. I ask the bartender what kind of IPA it is he’s got on tap, he replies Redhook. So I order a Guinness. The guy who ordered the IPA looks at me and says, what are you saying about my beer choice? I have been accused of being a beer snob among other things. Redhook IPA is ok, but Guinness wins hands down in that competition. So the guy that ordered the inferior IPA walks on stage and picks up his bass. Turns out it was David Stubbs who I was giving a hard time about his beer selection.

I certainly would not give David Brewis of School of Language a hard time about his choice of musicians he’s chosen to play his songs on tour. The afore mentioned David Grubbs of Gastr del Sol, and Squirrel Bait playing bass and Ryan Rapsys of Ambulette and Euphone on drums are his rhythm section. Having given up Field Music last year, the band he was in with his brother Peter, Brewis was first out of the gate with his one man School of Language project. Like the album, the live show was bookended by Rockist, the four part song that features a looped recording of Brewis repeating a Cornelius-esque ahh-ee-oo-ahh.

Playing to a sparsely populated Nectar, the show kind of felt like we were guests in their practice space. The atmosphere was laid back with Brewis getting a little sympathy for being under the weather, and the band sounding practiced and loose. Grubb’s bass had some great fuzzy effects going on, while Rapsys drumming made the songs really pop, much more than they do on the record. Brewis guitar playing was pretty cracking, he really get’s a great sound that has elements of XTC, but at the same time a warmth that reminds me of Eric Mathews.

They played most of Sea from Shore and threw in a cover of Roxy Music’s If There is Something. The band didn’t seem to mind playing to so few people. Maybe they could tell that, I like most people there was excited and stoked that Brewis brought his School of Language all the way from Sunderland to Seattle, especially since Field Music never made it out to the Pacific Northwest.