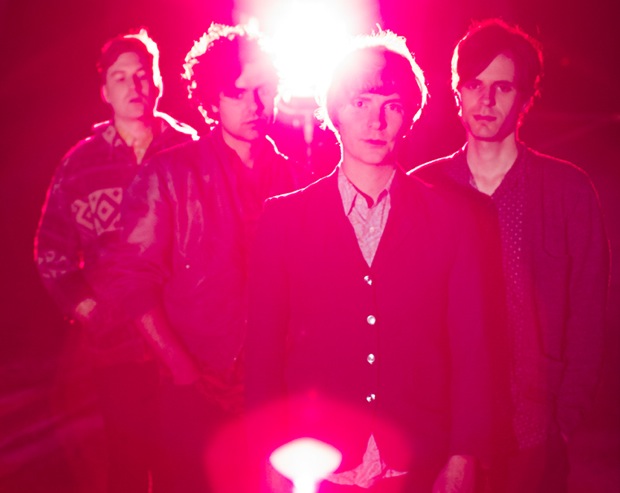 Los Angeles’ Dream Boys remind me of time not long ago when the first Tyde album came out. I was surprised how a band from Los Angles were able to sound like direct descendants of Felt. Back then when record stores were the only place you could buy music there was what’s called an import section and a certain American record buyers would search that section out because that was where all the best jangly pop stuff came from.

I doubt that Dream Boys peruse the import section of their local record store. Is there a record store these days that even has an import section? In fact you could argue that they don’t need an import section for their influences. Their own back yard is overflowing with potential inspirations. The Paisley Underground scene of the 80’s and of course the ground zero of everything that is jangle the Byrds. Dream Boys have two songwriters one favoring the UK flavor, the other seems to prefer the LA flavor. So you get the best of both worlds here.

Whether you dig the sounds of the Tyde, Bif Bang Pow, Long Ryders, the Bluebells, Close Lobsters, Felt, the Three O’clock or the Byrds there is something for you on this album. It will remind you of any of the above, or it may make you search out some of those bands to find out how Dream Boys got here. No matter the direction of your approach, this exceptional album will satisfy. Guaranteed!

stream: Dream Boys – Sworn (from the self-titled album out on Art Fag)
You can stream the entire album at Art Fag’s soundcloud page and check out the video for the song Born Yesterday below.