Take some Power Corruption & Lies New Order, Imperial f.f.r.r. Unrest and some current day Orca Team and Shopping and you could have a fairly good idea where the debut album from As Ondas is coming from. Andrew Milk from Shopping lends his bass this trio and is joined by Ochi Reyes of Wachi Wachi  and Moema Meade of Joey Fourr.

The band sing in English, Portuguese and Spanish. and their slightly dancy, very minimalist and laid back sound has an effortless feel to it. The first track Iguale has New Order style guitar, but New Order never sang in Portuguese or Spanish, though they did like to hang out on Ibiza. The entire record has a playful and easy feel to it centered around tight rhythmic songs. Esta Noche is guaranteed to make you move something on your body and Vida de um Creep has an intro that sounds like the Smithereens‘ Blood and Roses and then morphs into a Funboy Three song. Looking for something cool and fun for the summer? This is it!

As Ondas is available on CD & download via Jigsaw Records in the US and on vinyl via Tuff Enuff in the UK. 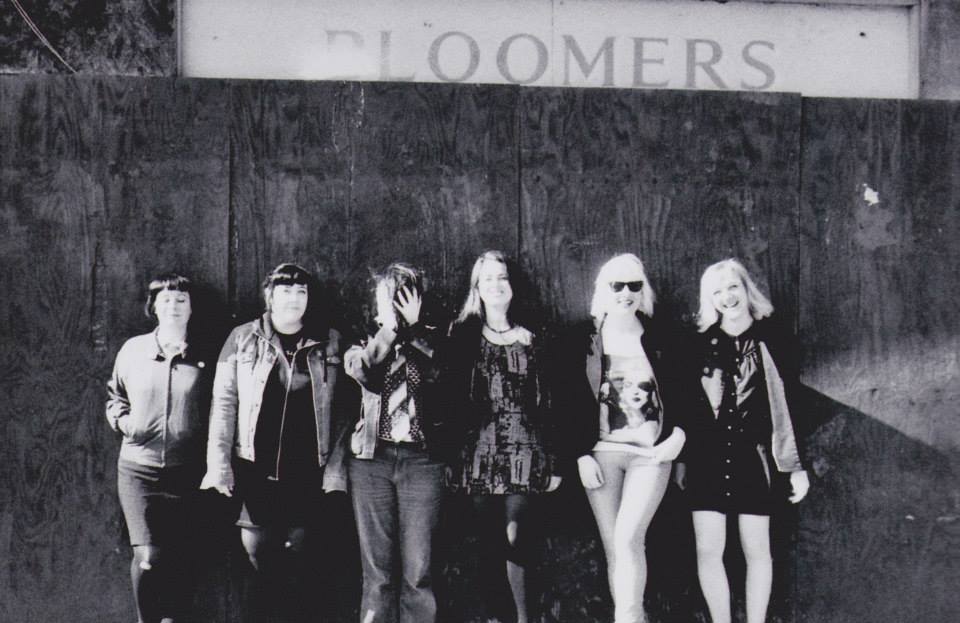 You may remember Brighton’s Slum of Legs from their demo last year. I certainly do! The six piece avant indiepop group have just released their first single on Tuff Enuff records. The record has elements of the Velvet Underground’s Lady Godiva’s Operation and the Fall’s Sing Harpy. Like both of those bands, Slum of Legs ably combine dissonance and melody into a delicious stew. I especially love how they feature the violin in both songs. It gives a cathartic tension and melancholy not often found in strictly guitar, bass and drum bands. Begin to Dissolve slithers and stabs at once. It’s downright Hitchcockian in the way it builds up tension that culminates in a bloodbath of noise at the end.  The flip side Razorblade the Tape starts with a warm jangle that morphs into a near-anthem with the huge refrain of the band chanting “I won’t let you get away!”  Don’t let this single get away!

The Soft Boys had one, and so did Minor Threat. Public Image Limited and Public Enemy both did. Tallulah Gosh did as well. Hell, even Julian Cope has one and he isn’t technically a band. I have long thought that Any band worth its salt should have a theme song. Or at the very least, have a song that mentions the band’s name.It serves as a statement of the band’s intentions. Every band should have a manifesto and what better to way to put it out there than in a song?

Slum of Legs from Brighton, England have three songs so far and one of them is called Slum of Legs so you already know that they’re doing something right. Slum of Legs are a band of six which is an army in band terms. They have a three song demo that they have released as a cassette on Tuff Enuff Records. It’s the best parts of punk, indiepop and noise pop recorded on what sounds like boombox they found at a rummage sale. All three songs are really good, but the best one is their manifesto. It begins with a circular rhythm that made me think of the Dixie Cups Two-Way-Poc-A-Way, but then the scrawling guitar starts in and singer begins stating what the Slum of Legs are: super structures spiked with glass, the bleeding present, the final hour of idle boasts, an army of losers, the hissing of trains. Noisy pop music to my ears.

You can get Slum of Legs’ three song tape from Tuff Enuff Records.