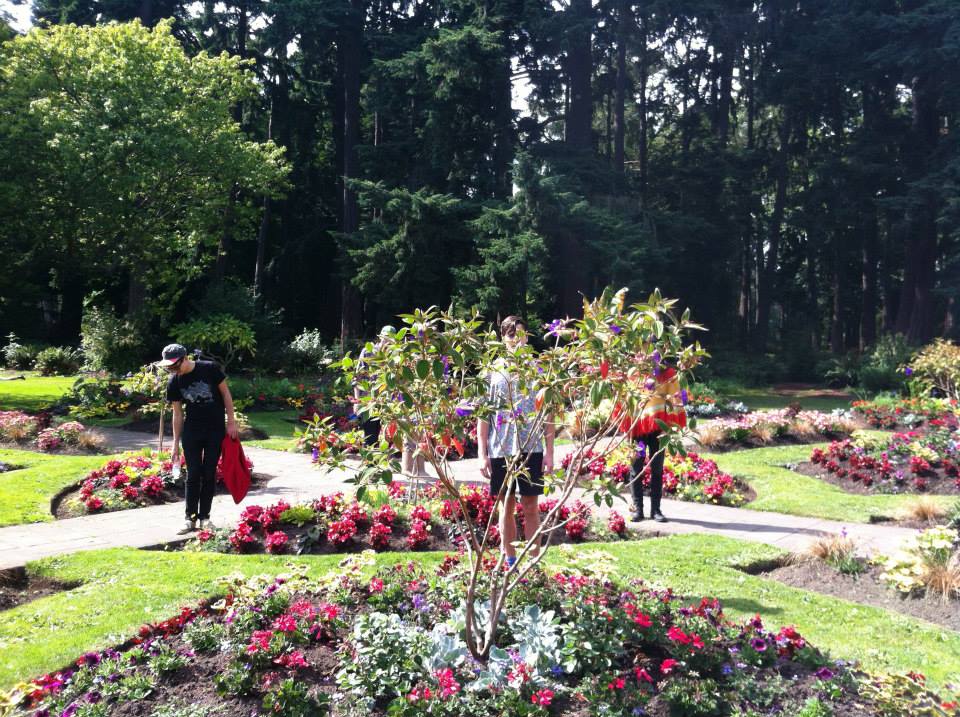 When you think of bands from Halifax, Nova Scotia, if you don’t draw a blank, then you probably think of the 90’s grunge era bands like Sloan, Superfriendz and Thrush Hermit. You probably don’t think of jangly neo-psychedelic music and you most certainly wouldn’t think of bands like the Church, the Dylans, the Dentists, the Sneetches or Ultra Vivid Scene. Well, Monomyth are here to re-put Halifax on the map and change any previous ideas about what goes on up in the Canadian Maritime provinces.

The band have just released their debut album Saturnalia Regalia! on Mint records. It’s an accomplished record with great some great song featuring lush harmonies. The band features three songwriters in Seamus Dalton, Josh Salter, and Graeme Stewart, but they have a similar aesthetic and high quality which keeps the album engaging and interesting. Since this record arrived in the mail last week it’s been on constant rotation. Its bright songs and nods to obscure psychedelic bands without sounding too obvious make this one a keeper.

You can stream the entire album at the Monomyth’s bandcamp page and order up a vinyl copy over at Mint Records.